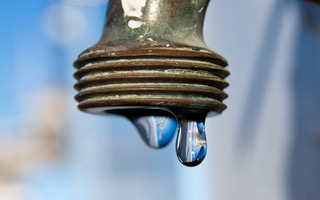 KOSRA is well aware of the on-going and ever-escalating water crisis as a result of Amatola Water being unable to supply water adequately and consistently to the residents of Wards 3 and 4.

On Thursday 22 April 2021 a meeting was convened with the Ndlambe Municipal Manager attended by representatives of the Chamber of Business, Bushmans River Ratepayer’s Organisation and KOSRA.

The Municipality shared with us their equal levels of frustration with the lack of service delivery by Amatola Water.  We were informed that the council has resolved that Amatola’s services should be terminated and that they should be required to depart.

The Municipality and the three organisations are jointly working together and co-operating with each other to establish the ultimate implementation of a plan to retake the control of the Reverse Osmosis Plant and related infrastructure at Bushmans River Mouth.  This is likely to be a lengthy process and will involve and require the assistance and cooperation of the Ministry of Water and Sanitation under whose control Amatola Water falls.

In particular we are aware of the current acute and extremely critical shortage of water which has resulted in many residents not having any water at all.  KOSRA, with the other organisations is urgently evaluating possible courses of action that can be taken as a matter of urgency to alleviate the problem in the immediate short term.

We will keep residents informed of progress.

Current water levels in the reservoirs are below 20% and there major problems at the RO plants and Diaz boreholes.

We’re sure you’ll all be pleased to know that the Chamber of Business (COB) and some individual members have sponsored a permanent security guard to patrol Kenton’s CBD.

Recycling remains a frustrating and challenging concern for KOSRA.